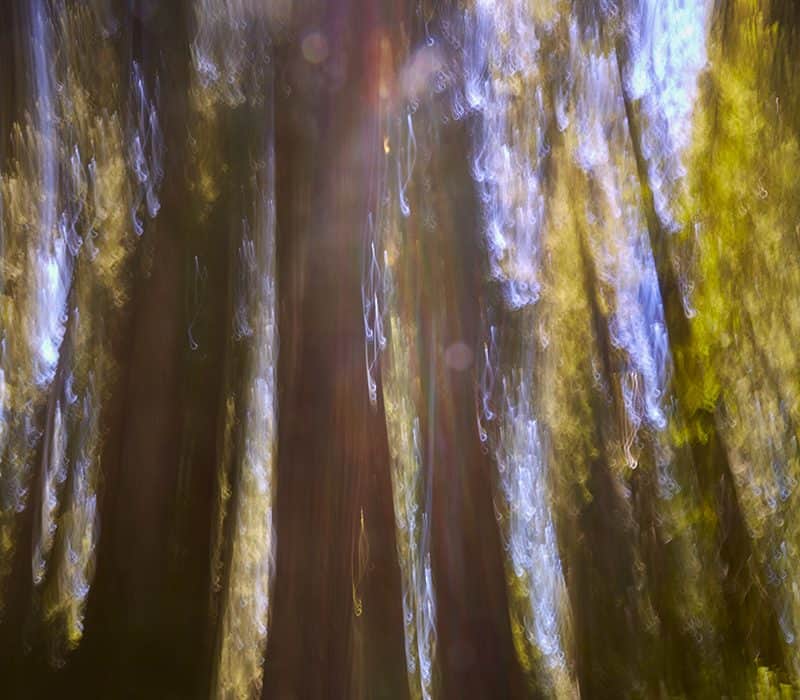 I’d like to tell you that this photography effect that happened in The Redwood National Forest was intentional. Or even a cool Photoshop action I developed over years of hard work. But it’s neither.

My daughter and I were visiting the California Redwoods for the first time. It’s a location that we both really, really wanted to photograph. We spent a good part of the day driving through the winding roads of The Redwood National Forest and State Park near Orick, California. We were surround by trees that were over 2000 years old.

Some of these towering Redwoods existed long before the Civil War and the Declaration of Independence. Before the Vikings decided to throw off the bowlines and point their longboats towards North America and long before the fall of Rome. It’s difficult to fathom that when the oldest of these trees sprouted, Socrates was tutoring Plato and Aristotle.

After a quick hike, we found a “grove” that we thought would show the true scale of these massive trees. I mounted my camera to the ball head of the tripod and composed the shot. However, I apparently didn’t tighten the head tension. Because as soon as I clicked the time delay shutter release, the camera and lens slowly and methodically tipped forward. The shutter speed was dialed in at 1/6 of a second (from shooting the sunset the night before) which caused the motion blur effect that’s evident in the photo.

I didn’t find this lucky “mistake” until I was reviewing the photographs from our time in the Redwoods but immediately fell in love with fluid, airy feel of this image.