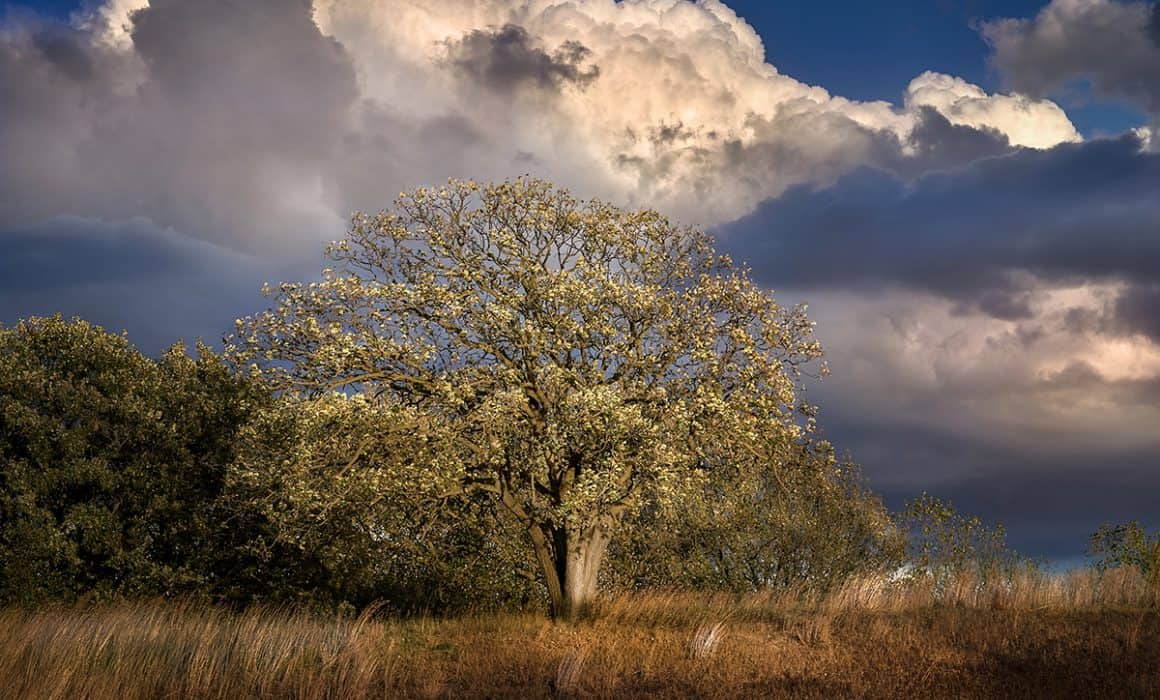 The Tree By My House

The first home my wife and I owned was a tiny three bedroom in an older Sioux Falls neighborhood. Built in 1931, the story and a half was modest but well constructed. The house was positioned on a small hill that accentuated the steep pitch of the roof. More than one passerby mentioned that it reminded them of a gingerbread house.

Additionally, it wasn’t constructed with traditional siding. Granite stone accents began at ground level and worked their way halfway up the front, where off-white stucco continued to the gutters. The front steps were cobbled together from granite blocks left over from the house’s construction and led you to a solid wood front door

It was a great little house. But, unfortunately, little was the issue. My wife and I slept upstairs and had to be careful not to hit our heads on the slanted ceiling. The main level had two tiny bedrooms with one serving as a home office. Our only bathroom was approximately 6 x 10 with an old cast iron tub taking up much of that space. Consequently, it was quite possible to use use the toilet, brush your teeth and take a bath at the same time. The basement was mostly unfinished except for a laundry room.

As proud as we were to be first time homeowners, there was always something that needed work. An odd job or a critical repair that needed to be performed – usually without warning. The windows had never been replaced and leaked like a sieve. Some months, our utility bills were more expensive than our mortgage payment. Most weekends were spent on impromptu remodeling projects. Want to take a shower? Gotta fix the plumbing first. Nothing structrual, just annoying.

Additionally, my daughter had just turned nine. She needed more privacy and her own bathroom. As did my wife and I. So, we hired a Realtor, pounded a for sale sign in the front yard and ultimately purchased a new house in a new development.

When we began exploring what would eventually become our new neighborhood, I noticed a huge, old oak tree. Actually, it was hard to miss because the tree can only be described as majestic. Obviously, I’m not an arborist, but I’d guess at least 100 years old. A centurion.

The old oak sat alone on top of a ridge. A community elder, seemingly surveying the new neighborhood that had been built under its aging branches. Most likely, wondering who all these new neighbors were.

As luck had it, we purchased the home directly across the street from the oak tree and for the last decade we’ve been able to mark each season with a simple glance in the tree’s direction.

After a long South Dakota winter, we’re excited to see new buds appear in spring and we admire the oak’s bright green leaves in June. We know it’s time to put away the patio furniture when the burnt-yellow green of September changes to the gold-orange of October. And, in the often lingering cold of February, I can gauge the temperature by watching frost melting from the branches.

The tree has became a constant for me – a backdrop in my bank of mismatched memories. As much a part of our house as my garage or backyard.

I can still see my daughter at 10 years old walking our dog on a humid summer morning – the dog refusing to move, rolling on his back in the tree’s shade. I’ve lost count of the quick yard work breaks I’ve taken to admire the distant clouds visible through its branches. Or, the smell of wet leaves as my wife and I walk past on a rainy October morning.

When I’ve returned from a photography trip, I know I’m almost home when I catch the first glimpse of the oak’s branches rising above the roof lines, flowing in unison with the breeze.

As a photo guy, I feel somewhat derelict in my professional duties. You’d think that having lived less than a block from this majestic oak for over a decade, I would have accumulated a library containing thousands of tree photographs. Capturing the oak in every season. Sunset and sunrise. In the heat of summer and in the depths of winter.

However, I’m slowly learning that sometimes, it’s better to keep the camera in its bag. To slow down and let life unfold in front of you without having to document every single moment. Or, post it to Instagram. To absorb the scene instead of watch from behind.

And, even without a computer or iPhone, I always carry a very vivid image of my daughter, gently tugging on the leash of a shadow-chasing dog with a hundred year old oak tree in the background.