Home » Behind The Scenes » Rooftop Tent Review: The Tepui Kukenam 3 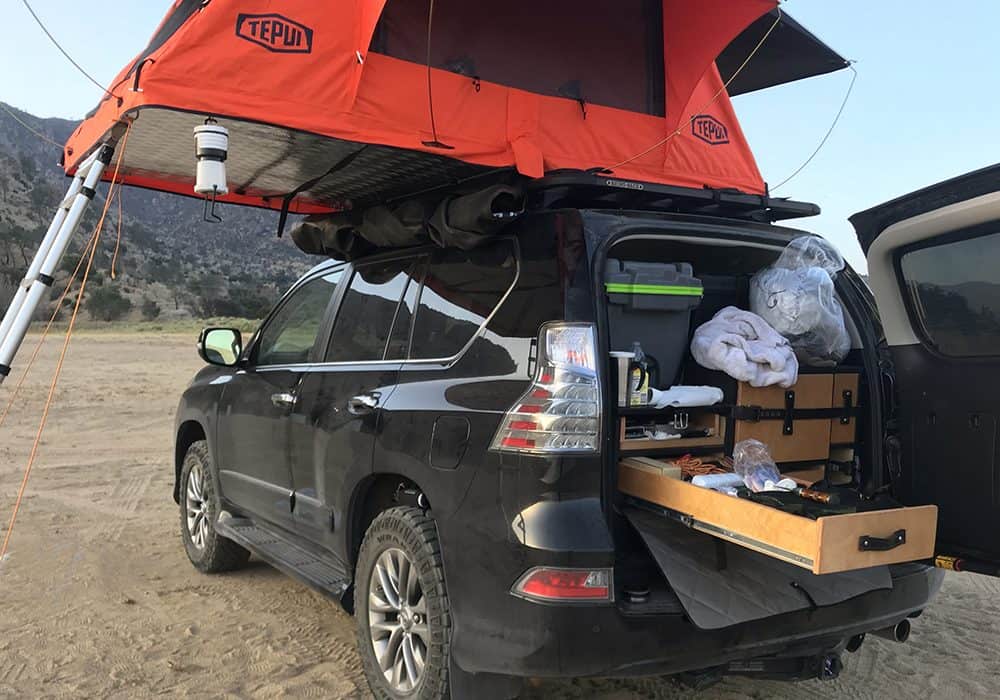 This my honest review, opinion and experience camping with the Tepui Kukenam 3 Ruggedized rooftop tent. I’ve used it extensively in my home state of South Dakota and traveling as a landscape photographer in more than a dozen states.

I officially began my landscape photography business in May of 2018. As a result, I needed to quickly and efficiently build a landscape photo library so that I could offer prints that people would hopefully buy. Those sales would fund subsequent trips. Or at least that was the theory.

To capture a variety of terrains in several states in a short amount of time, my 20 year old daughter, Emma, and I embarked on a 30-day, 7,000 mile road trip. We had been adventure buddy’s since she could walk. But, I felt like those experiences were coming to a quick hault given my daughter’s age and independence. A road trip like this would most likely me one of our last hurrahs. We left Sioux Falls, South Dakota midday on May 14 and returned 30 days later. We visited 11 states, a dozen National Parks and photographed 25 sunrises.

Packing For A 30 Day Road Trip

Our goal was to travel light and pack only what would fit the rear luggage area of my midsize SUV. This would leave the two rear passengers seats for our luggage. However, it sounds easier than it actually was. This was primarily a landscape photography assignment and I had to bring the photo gear I thought I would need. A variety of lenses, two tripods (small and medium), lens filters, batteries and their chargers. I also needed a backup camera for my daughter to use, or worst case scenario, for me to use in case my main camera failed.

My camera gear would be an addition to the camping equipment we’d bring. Our list included a midsize Pelican cooler, portable camping stove, extra propane bottles, a pot, a pan, plates, eating utensils, a camp axe, a camp knife, small shovel, flashlights, batteries, a couple of lanterns, some rope, a clothesline, laundry detergent, food, drinks, coffee and something to make coffee with, a few maps, our clothes, and wait for it. Bear containers and bear spray.

Yeah, I wasn’t real excited about the prospect of having to protect my food from a hungry grizzly or black bear, either. But, given the fact that food containers are required in some of the National and State Parks where we planned to camp, they were a mandated necessity.

Rooftop Tent vs Camper: More Maneuverability With A

Furthermore, I intended to post images to social media from the road, so I would also need my laptop, external hard drive and camera card reader. The weight was adding up fast. The purpose of our trip was to camp and photograph remote areas. I knew from previous travels that some of those roads couldn’t accommodate a camper – even a smaller unit. Plus, pulling any kind of trailer, large or small, up steep mountain grades sucks fuel. We found gas prices well over four bucks a gallon in California, so in retrospect, I’m glad we opted to use a tent.

Additionally, we were on a budget and 30 days of $200 hotel rooms were out of the question. We needed to utilize campgrounds and BLM land as much as we could. Our multi-room, family tent was at least 18 years old and with several in-the-field repairs over it’s life, was showing it’s age. As such, a new, more modern tent was definitely on the shopping list. I had spent hours reading tent reviews, when I discovered rooftop tents. I was intrigued by the concept of traveling with a tent mounted to the luggage rack of my SUV and most of the reviews I had found were encouraging.
continue reading on the next page