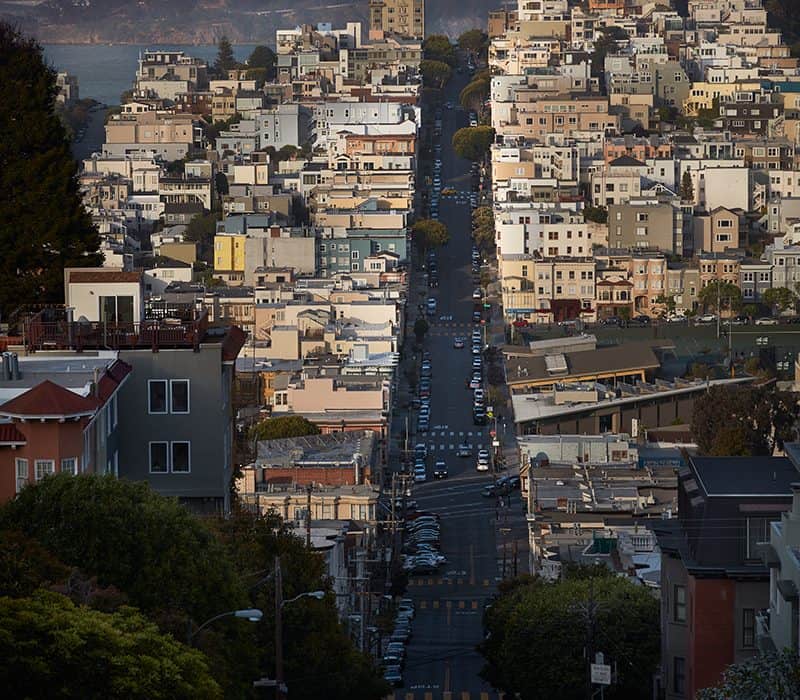 I Lost A Tooth In San Francisco

I’ve been fascinated with the San Francisco hills since about age 10. That’s when I found the grandaddy of all chase scenes in the movie Bullitt. A 1968 big block Ford Mustang vs a 1968 Dodge Charger RT. Lombard Street San Francisco. Good guy vs bad guys. Double clutching, tire squealing, serious air.

Movie lines like this:
Chalmers: “Frank, we must all compromise.”
Frank Bullitt: “Bullshit.”
What 10 year old kid or 40-something photographer wouldn’t like that?

After I’d watched “the chase” for the 27th time, wearing out the VCR tape in the process, Steve McQueen became my favorite actor. And still is. Is it weird that I have Siri call me Mr. Mcqueen?

Anyway, About The Photo

First, I took this without a tooth. Yep. Lost a crown crunching on a Jolly Rancher at the hotel check-in counter. Ask my daughter. She was there and was just as surprised as I was. And unbeknownst to me, every dentist in San Francisco and the entire state of California for that matter, have Fridays off. Shout out to Dr. Bruce and his hygienist in Fort Bragg, CA who glued my crown back in as a walk-in.

Our hotel was near Fisherman’s Warf and after a painful dinner, I decided to walk around and see if I could find some of the same views that the Bullitt crew must have scouted and photographed preparing for the movie.

This image was taken just before sunset looking east down Lombard Street from the top of the “curvy” hill. You can catch a glimpse of the Bay Bridge through the haze in the upper left. This has become one of my favorite images – I love the light and how it highlights the architecture but leaves the street in shadow. The only thing missing – a drab green 68 mustang.

If you’re unfamiliar with the movie Bullitt‌ and the first car chase scene ever filmed, here’s a great link.