Home » Behind The Scenes » Photography Espressofied 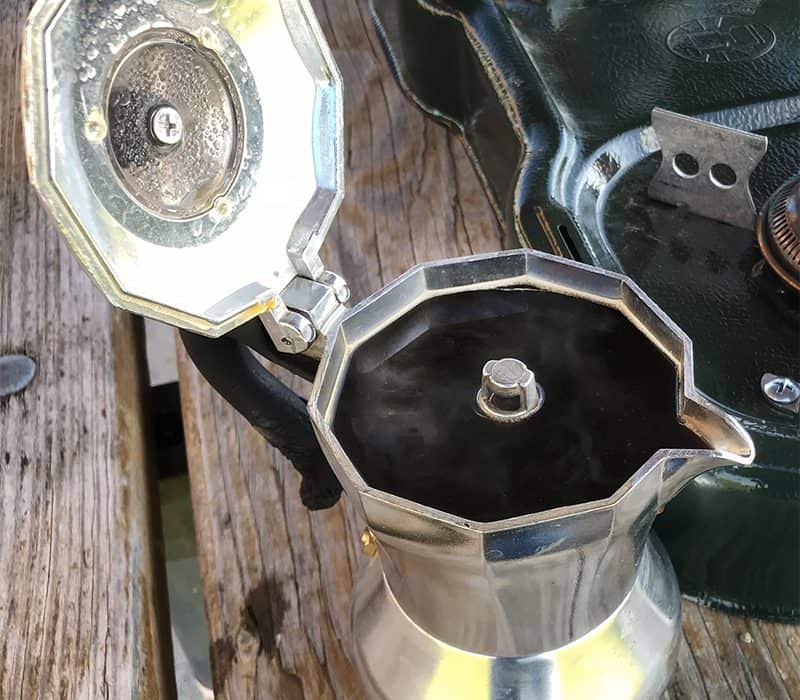 I became a certified coffeeholic‌ when I began living on my own just out of high school. Basically, because I was broke and coffee was less expensive than Coke. It was 1990 and it was still considered perfectly acceptable for teenagers to drink four cans of soda daily. The “drink lots of water” craze hadn’t taken hold yet and my generation was still guzzling sugar and caffeine fortified Coke, Mello Yello and Jolt by the case.

I attended a two-year vocational school with advertising design as my focus. Another design student and myself split the monthly payment taking residence in an old rental house. At one time, the property was probably considered higher end. It had two bedrooms and a bathroom upstairs, a formal dining room on the main and, get this, a library with built-in bookcases and french doors. We were stylin’. The house had been left neglected by the landlord and in dire need of repairs. Consequently, the rent was dirt cheap.

Typically, we rode to school together in one of our cars – the vehicle whose fuel gauge needle sat farther above empty. About two blocks from our “estate” and on the way to the tech school campus, we passed a tiny, single pump gas station. It was of the mom-and-pop variety and, to entice customers, the owners sold large – and I mean large – white, plastic coffee mugs. If a customer purchased one of their mugs for $10, you would get unlimited coffee refills for 25 cents. Forever. We found the cheap coffee jackpot and hit that gas station at least three times a day.

Part of our course work for the advertising program involved black and white film photography. Both my roommate and I really enjoyed hand developing film and watching those images come to life in the darkroom.

Eventually, I purchased a complete darkroom setup for our “estate”. I had come across a newspaper ad placed by a local hospital’s marketing department. They were selling all of their darkroom equipment and I purchased an enlarger, lens and boxes of supplies for next to nothing.

We fashioned a make-shift darkroom by stapling opaque, black plastic material to the exposed ceiling beams in a corner of the rental’s basement. Thus, launching my photography career.

My roommate and I both worked after school jobs and would get home in the late evening. We’d drive down to the corner gas station half awake for our 25 cent, 32 oz refills. Then, we’d spend hours draining our coffee and making black and white prints in our basement darkroom. I’m not certain if it was the chemistry fumes or the coffee, but we stayed wide awake into the wee hours.

After graduation, my roommate began work in a large newspaper’s pre-press department processing negatives for the morning edition. After a few tries, I eventually was able got my foot in the door with a large commercial studio managing their in-house lab. There, I used the skills I had honed from many late night, caffeine infused darkroom sessions.

Over the years, my taste in coffee expanded with my budget and I developed an espresso addiction. I guess it’s a more efficient delivery system than a 32 oz coffee mug.

Consequently, whenever I travel for landscape photography my first stop in a new location is always a coffee shop. The locally owned shops are a wealth of travel information and by starting a quick conversation with the barista, I can usually find a handful of trails and hide-a-ways that I’d never find on any map.

My college roommate, turned best friend Paul, passed away several years ago after a battle with pancreatic cancer. I was hit hard by the loss and, over time became a large part of the reason I gave up a 20 year advertising career to focus on landscape photography. Life gives you no guarantee. It can be cut short, so why spend it working a job that you don’t really enjoy.

I also owe my coffee addiction to Paul. He’s the one that paid for the plastic $10 gas station mug – 25 cent refills included.