Home » Behind The Scenes » Minneapolis Skyline 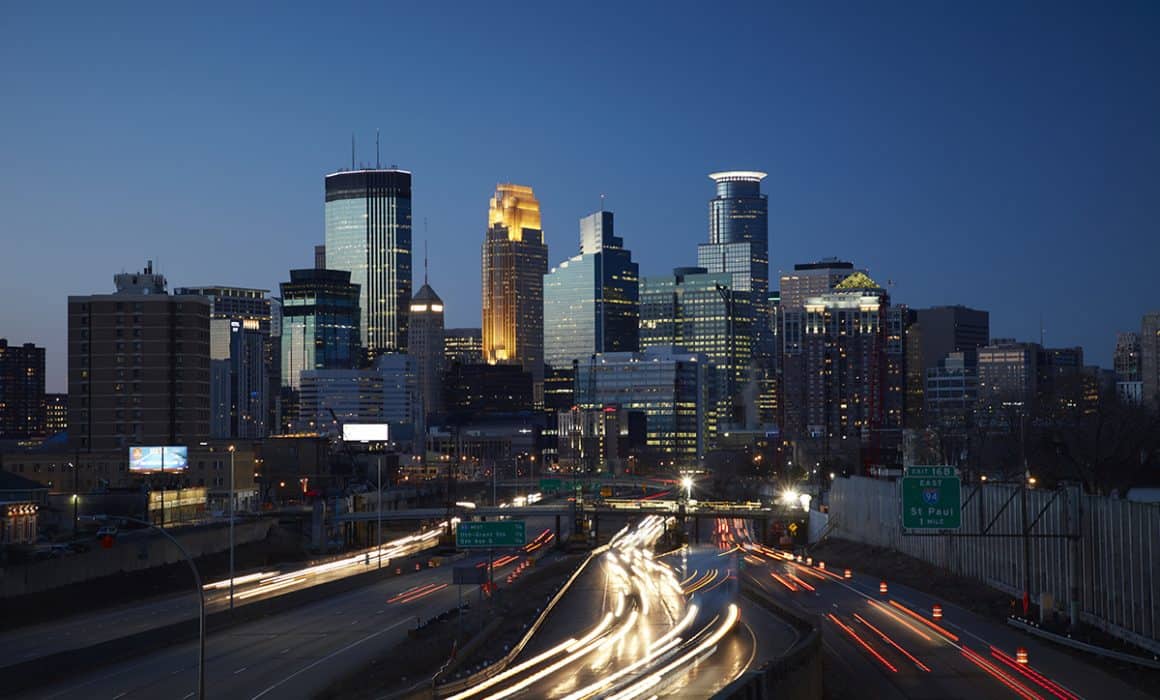 My daughter is a student at the University of Minnesota Twin Cities. As such, my wife, Nora, and I make the 4 hour drive from Sioux Falls to see her several times a year.

I’ve always loved the view of the Minneapolis skyline as you drive into the city from the south on I-35W. Especially when the city comes to life at dusk.

During a visit to the Twin Cities last April, I had some time to kill while waiting for my daughter to finish work. As an education major, she takes part in the America Reads program. The program is work study program and a collaborative effort between the College of Education and Minneapolis/St. Paul schools.

I planned to pick her about 8 that evening. So, I took some time to drive the streets between Downtown and Uptown (personally, I think the neighborhood names should be reversed, but that’s just me) trying to find a suitable place to capture the city’s skyline.

I parked on a side street next to the I-35 corridor, grabbed the gear I thought I would need and walked the few blocks to a pedestrian bridge I thought might be a good place to make the photograph. Walking along the chain link enclosed bridge I noticed several lens sized holes. Obviously, I wasn’t the first one to choose this location.

I spent the next hour taking timed exposures as the sun set and Minneapolis turned on its lights.