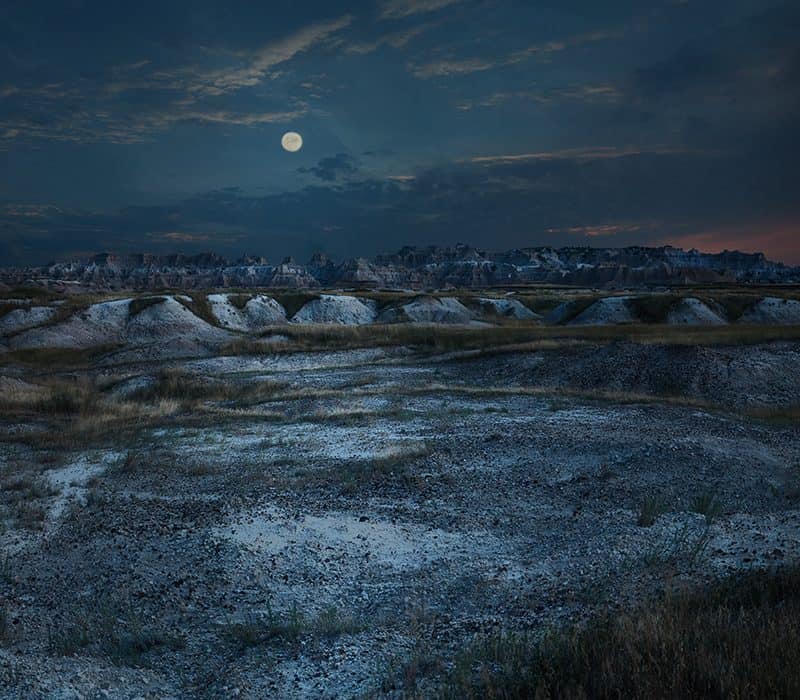 Those of you who know me, have read some of my other posts or have had a photo session scheduled with me are well aware that I am constantly late. For everything. It’s not that I don’t value what I’m about to do next, it’s that I get caught up in what I am doing now. That, and I always think that I can get someplace quicker than I actually do. My friends and family in South Dakota have created a term for this syndrome. Heckel Time.

Friend: “When will you be over?”

Friend: “Is that CST or Heckel Time?”

Unfortunately, it’s no different when I am on the road shooting. Actually, it’s worse.

A Day Late, A Sunset Short

My intention was to capture the sunset at Big Badlands Overlook which is right off I-90 near the east entrance to Badlands National Park. But because I hadn’t allowed myself time to scout and didn’t know where I was headed, I missed the best light. The sun had already dropped behind some of the larger buttes and the light had all but died.

Traveling is expensive – fuel costs, camping fees, food, supplies – and I was disappointed that I had missed an opportunity for a cool sunset shot to make this leg of the trip worthwhile. I decided to head back to the campground for a bite, a beer (glad I wasn’t in Nebraska) and plan for the next days’ sunrise.

That’s when I got lucky. I was driving my rig back to Cedar Pass and was held up by the Badland’s very own big horn sheep herd. They were migrating west to east across the loop road to what I assume was their evening bedding area. I hung out for about 15 minutes snapping a few photos until the last of the herd crossed.

I headed for camp and drove about a half mile up the road before I became immediately attracted to this scene illuminated by the approaching twilight. The moon hadn’t quite reached full brightness, so I left my SUV parked by the side of the road and hiked about a half mile out into the flat. I found a position where the moon nestled itself above the buttes and made several exposures capturing some of the still present orange sunset glow in the western sky.