Home » Behind The Scenes » Kathryn E. Sherman (formerly) of American Photo Magazine Sits Down With A Relative Unknown Photographer Paul Heckel For A Relatively Boring Interview. 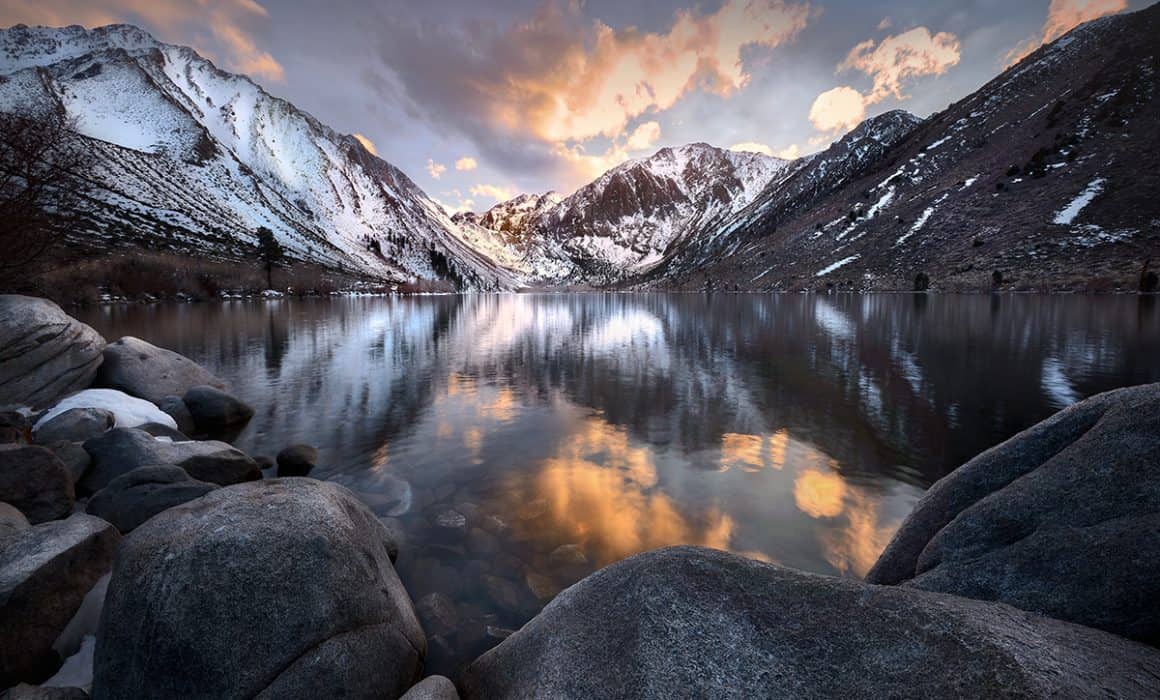 Kathryn: Do you have have what we talked about?

Paul: $15,000 right? Sorry about your magazine going out of business.

Kathryn: Yes, $15,000 if you want me to do this interview. And you pay for lunch. As for the magazine folding, it’s become a digital world. Print is dead. It was bound to happen.

Kathryn: I’d prefer Venmo. Where did you grow up, Paul?
I grew up in Aberdeen – a little town in Northeast South Dakota.

What were you like as a kid?
Well, there were 11 years between me and my next youngest sibling. I was essentially an only child so I had an active imagination. In my mind, I was a cross between one of the Hardy Boys, Spiderman and Steve McQueen. But I was really a nerdy little kid. I read an entire set of encyclopedias, A to Z.

Steve McQueen? And not Encyolopedia Brown?
Have you seen the movie Bullit?

Did growing up where you did – in South Dakota – effect your career path?
Did you just yawn?

When I look back, I’d say it did. I grew up on a small acreage on the edge of town. And, because, I was an only child I had to be creative to overcome the boredom. I spent a lot of time outdoors getting in trouble. I think that experience gave me a sense of adventure. Each day was an adventure.

Define trouble.
The 70s were a different era. I’d leave in the morning and my parents typically wouldn’t see me until sunset. There was this old farm house a few blocks away in the middle of a corn field. It had been burned down so fireman could practice. Anyway, they bulldozed the contents of the entire farm into one large pile that was about a block long. Barbed wire, and old twisted metal sticking out all over the place. It looked like a war zone, so we used to use it as an arena BB gun fights.

When did you become interested in photography?
Not until after high school. I enrolled in a technical school for graphic design. The school was recommended to me by my art teacher. She probably saved my life.

How so?
I was pretty much a screw up. If I wouldn’t have found the tech school and that program, I probably would have ended up in jail.

Anyway, part of the program was black and white photography – when film was still a thing. I became obsessed.

Do you miss using film?
Yes and no. I miss the sense of unknown with film. I miss working with my hands developing film and watching images come to life on the paper. It was a craft.

However, I don’t miss the chemicals. I spent so much time in the darkroom that I most likely killed a lot of brain cells.

I heard that you were a little low in the brain cell department to begin with.
True.
Recently, when my daughter started getting interested in photography, I purchased all of the black and white darkroom equipment I sold in had 2005. I have a complete working BW darkroom in my basement again.

What photographers influenced you the most?
There are so many. Ansel Adams for his philosophy on visualizing a scene in your mind before the exposure is made. Plus, he was the first entry in the Volume A encyclopedia. Richard Avedon for his simplicity in style, his art and the way he interacted with subjects. A photographer named Dean Collins – he was super hyper – that’s why I drink a lot of espresso – he was also a big influence. Dean produced a series of VCR tapes about lighting. I learned a lot about lighting from those tapes.

I’m a photography mutt. I picked up style and lighting techniques from a lot of photographers. For example, Arnold Newman would start out a session without shooting film until the subject got warmed up. Annie Leibovitz is a genius. The way she captures a subject’s soul.

That’s pretty deep.
Photography is deep. If it’s done right. The connection between you and your subject can be intense. Wether it’s a landscape or a person.

I remember this aspiring singer/song writer that was just starting out. I was contracted to do some PR photos for her. I worked with a great makeup artist at the time and she put together some great looks.

The singer was a total blast to work with. She put her heart and soul into posing and cared just as much about the image as I did. She was short, or she could have easily been a fashion model. She just had the “it” factor in front of a camera. I photographed her several times over the years. Best talent, professional or otherwise, I worked with.

You said that your degree is in graphic arts? Why photography?
It’s a long story, I’d bore you

I’m already bored. Go ahead.
Remember, that I’m paying you to do this interview. I was in school just when computers were taking over the advertising industry. However, we didn’t have a lot of computer training. Mostly, tech pens and key lines. So, my first job out of school was with a large commercial photographer. He was a Brooks Institute Grad.

Brooks? Good photography school.
At the time, the best. I ran their in-house photography lab and by the way of circumstance, worked my way up to lead photographer. Good experience, but I didn’t get along with the boss. Lasted four years.

Then what?
I tried making it as freelancer, but I was too young and immature. I had no money, so I had to get a 9-5 job. I bounced around through several different ad agencies and worked as both an art director and photographer. When digital took over, the two skill sets merged.

I understand you owned a marketing firm?
Marketing firm is too strong of a phrase. I worked solo for about 9 years as a graphic designer and photographer. I helped several companies with their advertising needs. I was involved in marketing plans, TV, radio, brand identity, print, PR. I wore a lot of different hats. Won a few awards. Later, my wife joined to purchase media for a large account. In November of 2017, we sold the commercial property that housed our company and studio.

Do you still take design projects?
No. My wife took a different job. And I really scaled back. The reality is, the entire industry has changed. It’s become too fast paced. Not a lot of time for creativity. I like to let things noodle around in my head a bit. I work better that way. I think originally, I became an art director because I wanted to control how my photography was used.

So, just photography now?
Yes, I still shoot commercially because I enjoy being part of a team. And it lets me be involved in advertising and creative without having to live it.

And the landscape work?
I love adventure and travel. Shooting landscapes gives me a reason to do that. It also forces me to slow down.

Tried cutting out the espresso? Go ahead, explain.
My first trip to shoot solely landscapes was to the desert surrounding Las Vegas. Specifically, Death Valley National Park. Unfortunately, it rained for several days and I had to move on. I found a little town in the Sierra Nevadas named Lone Pine. I spent a few days there and then drove up the 395 corridor towards Lee Vining, CA. Fortunately, I stumbled on this gorgeous little mountain lake.

Sounds like the life.
Hey, I had a lot of travel expenses and had to come back with something good. Plus, you have to get up early for the good light – and I am NOT a morning person. It’s not all rainbows, unicorns and teddy bears.

So, about this mountain lake?
It’s called Convict Lake. The mountains surround the lake on three sides. The water is crystal clear. I arrived about 2:30 in the afternoon and set up for a single shot at sunset. I waited for about 4 hours to make the exposure. Just sitting there, waiting. Snow capped peaks, bald eagles flying around. It was a game changer for me.

4 hours for a single shot?
Longer actually. About 6 by the time I was back in my SUV. Ansel Adams used to camp on the top a custom Cadillac for days waiting for the right light.

Finally, something we can both agree on. Anyway, the sun had tucked itself behind the mountains and I thought it was a wrap. I was just about ready to pack up and leave when the sky turned into this incredible glowing orange fireball. Lasted for about a minute. It was a good learning experience. It taught me about landscape lighting. To wait and to be ready – it taught me patience. But really to just slow down. And enjoy. You become more passionate about the photo when the experience means something to you. Since then, I’ve had the best luck when I’m not in a rush.

How did the photograph turn out?
I like it. You should buy a print from my website.

So landscapes. A shiny new e-commerce website. Instagram even? What’s next?
I want to continue traveling and shooting. But I also want to start a long-term portrait project. I miss the interaction with people.

Your Instagram handle is @HeckelOutside. Would the portrait project be @heckelinside?
Good idea.

You can use it for free. I’ll include that idea in the $15K.

This interview was originally published nowhere. A complete unedited transcript cannot be purchased and fortunately for everyone involved, doesn’t actually exist. Neither does Kathryn E. Sherman. However, Kathryn’s sarcasm, wit and ability to give me shit without trying is inspired by long time friend, Clara Jacob, Creative Director, Paulsen Marketing. American Photo magazine, on the other hand, did exist. I poured over its pages for inspiration when I was cutting my teeth as a young photographer, but sadly, went belly up in 2015.